A boutique hotel tucked away above the hustle and bustle of Kuhio Avenue, The Laylow provides an urban oasis for visitors and locals alike. Having recently opened in March 2017, The Laylow is the third Autograph Collection Hotel for Marriott International in the state of Hawaii and the first on Oahu. Other Autograph Collection Hotel properties in Hawaii include Mauna Kea Beach Hotel on Big Island and Koloa Landing Resort on Kauai.

The Laylow’s aesthetic is inspired by midcentury modernism with nods to vintage Hawaii decor, such as the dozens of colorful, kitschy hula girl dolls that line the shelves behind the reception desk, greeting guests upon arrival. Although The Laylow is one of the newest hotels in Waikiki, it is still one among many, and so for our June event we posed the question, “How does The Laylow stand out?”

For answers, we turned to the expert and award-winning team at MVNP who was responsible for The Laylow’s public relations, digital, and social media strategy. At MVNP, their mission is to help their clients and the brands they represent “speak human.” Therefore, the important question for them to begin with was not, “What is The Laylow?” but rather, “Who is The Laylow?” Vince Soliven, Executive Creative Director at MVNP, and the rest of the team considered questions like how would The Laylow speak if it were a person, what kind of music would it listen to, what type of activities would it enjoy, etc. By creating a personality for the hotel, as opposed to merely listing its features, MVNP was able to create a distinct identity and voice for The Laylow.

Another crucial factor to The Laylow’s marketing success is its savvy navigation of the social media landscape to engage with guests, future visitors, and followers. Focusing on the power of social media influencers, Roselle Julian, Jr., Graphic Designer at MVNP, shared how they selected which influencers to partner with.. Although reach (aka number of followers) was important, Julian and the team concentrated more heavily on audience. By selecting individuals who could connect The Laylow with the right markets and do so in a genuine way, they could not only initiate effective partnerships but also create long-term brand advocates.

7,130 – the current number of @laylowwaikiki followers. By the time this post is uploaded, it will likely be more. In four short months, MVNP has helped The Laylow go from zero to more than 7,000 followers. In addition to influencers, the success of The Laylow’s social media campaign is due to its visual appeal. Soliven said that there was a conscious effort to incorporate “instagrammable” and “sharable” architecture and design elements into the property. At every turn, there seems to be another IG-worthy photo op, like the monstera wallpaper featuring tropical hues of pink, blue, and teal that accent the walls in each room and suite.

So how does The Laylow stand out?

A special mahalo to our speakers from MVNP – Kris Tanahara, Vince Soliven, Eric Shearer, and Roselle Julian, Jr. – Marc Nasser from The Laylow, and The Laylow staff for their aloha and hospitality. See you at the pool!

Check out our Album for
How #TheLaylow Stands Out Event 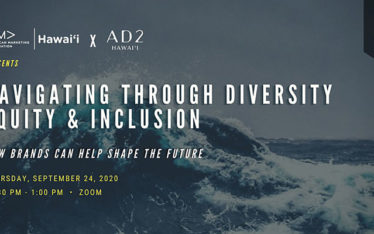 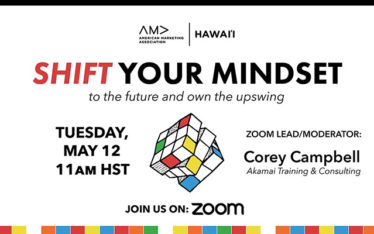 Shift Your Mindset
Shift Your Mindset We've been faced with new challenges during these unprecedented times with COVID-19, but as we slowly shift into our "new normal", we will need to learn how...
1 Likes 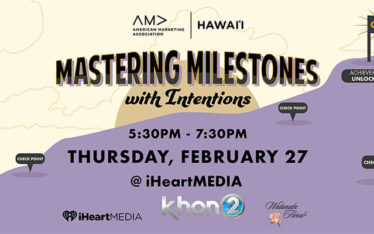