Honolulu (March 8, 2017) — The American Marketing Association of Hawai’i (AMA Hawai’i) recently announced the winners of its 40th Annual AMA Hawai’i Marketer of the year awards. Honorees include marketers from around the state, all of whom will be recognized on April 6, 2017 at the Hawaii Prince Hotel.

Winners this year include:

“For the past 40 years AMA Hawai’i has worked tirelessly to raise the level of marketing here in Hawai’i by providing resources and networking opportunities for our local marketers,” said Samantha Tsui, AMA Hawai’i president. “Our annual awards is a chance to celebrate their great work over the past year and honor the exceptional marketing campaigns taking place throughout our state.”

Ryan Kalei Tsuji is the owner of RKT Media, a media company launched in 2016 that specializes in video production designed to assist in marketing efforts of organizations, companies, and individuals.

Tsuji launched his media career in 2009 when he began sports commentating for University of Hawai’i athletics. He then went on to become a sports reporter for Hawaii News Now and most recently anchored on KITV4. Beyond his career, Tsuji is an active volunteer for Big Brothers, Big Sisters of Hawaii.

Bank of Hawaii is working towards the future with comprehensive plans to expand its online, digital and convenience-focused offerings. In order to do so, Bank of Hawaii implemented a strategic plan that was centered around an array of digital initiatives that worked together to position Bank of Hawaii as “The Bank of Tomorrow.” Tactics included the state’s first “Cardless Cash” ATMs, the opening of a “Branch of Tomorrow” and a Hawaiimoji mobile app that featured the state’s first Hawaii-themed emojis. Results from marketing efforts resulted in a 513 percent increase of website traffic year over year, a 74 percent increase of social media followers and a 41 percent stock increase.

As the largest locally owned and operated grocery store in Hawai’i, Foodland’s goal for Foodland Farms’ Ala Moana Center grand opening was to create awareness and excitement about the company’s new flagship store and drive attendance on opening day. Strategies used to reach their objectives included utilizing public relations, social media, Foodland App messages and advertising platforms. Through marketing tactics the opening event was a success and resulted in media coverage and increased social media engagement as well as outstanding shopper attendance and feedback.

In an effort to compete with nearly every major national and international airlines in its market, Hawaiian Airlines launched a multi-channel integrated marketing campaign with Disney’s Moana. Objectives of the partnership included leveraging Moana’s spirit of discovery to enhance Hawaiian Airlines brand perception and loyalty, activating sponsorships and curating talk about Hawaiian Airline’s unique offerings. Tactics set in place included a custom Moana exterior and interior makeover of an A330 aircraft, a Moana-themed inflight video, onboard Moana inspired material, cross marketing over social media and websites, and Hawaiian Airlines participation at the Moana world premier in Hollywood. Efforts resulted in more than 75 million social media mentions and 41 million impressions of earned media exposure in North America alone.

The goal of the Hawai’i Community Foundation (HCF) – “Celebrating a Century of Philanthropy” HCF’s year-long centennial celebration honoring and encouraging personal philanthropy through the islands, was to raise the level of philanthropy in Hawai’i by promoting the belief that individually everyone is responsible for the wellbeing of their own community. Tactics and strategies carried out by HCF included media partnerships, restructuring HFC’s website and recognizing those who give. The campaign resulted in an increase of philanthropic action amongst individuals, which was measured by a post survey and feedback.

American Savings Bank’s (ASB) mission is to make banking easy for customers, which was not reflected through its website and online banking. In an effort to change this, ASB attempted to implement a customer friendly website that increased the number of visitors and drove consumer as well as businesses to eBanking. The newly restructured website resulted in an increase of 120,578 site visits and generated 3,370 new eBanking users.

As one of Hawai’i’s largest health care providers, Hawai’i Pacific Health (HPH) decided to rebrand its image in order to focus on how HPH is transforming health care in Hawai’i to one that emphasizes quality instead of quantity. The strategies set forth included communicating the focus of HPH through a new logo and brand that was integrated through all aspects of HPH including collateral, signage, stationary, newsletters and more. Results of the rebranding tactics included an increase in social media traffic, brand awareness, digital engagements, and awareness of health issues.

The American Marketing Association (AMA) is the largest marketing association in the United States. It is a professional association for individuals and organizations involved in the practice, teaching and study of marketing worldwide. It is also the source that marketers turn to every day for information/resources, education/training and professional networking. AMA members are connected to a network of experienced marketers nearly 40,000 strong and include leading marketing academics, researchers and practitioners from every industry. The AMA Hawai‘i professional chapter was established in July 1970. 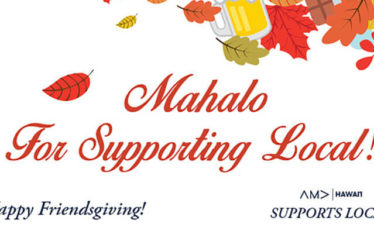 Concluding Friends Giving
Concluding "Friends 🍫🍻 Giving🎁" For the month of November AMA supported local by shouting out awesome companies in the community the create tasty treats and delicious drinks. These past 25...
1 Likes 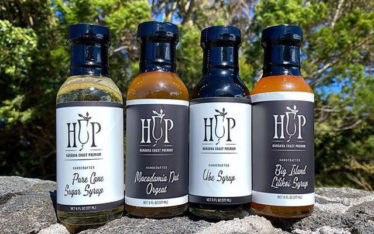 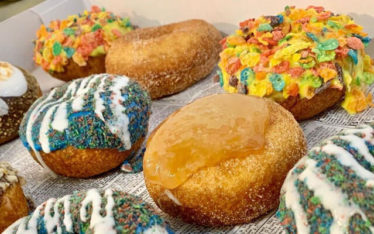 Friends Giving: Purve
Friends 🍫🍻 Giving🎁: Purve Here at Purvé Donut Stop we live by three main core values.  One cannot be sacrificed for another.  All must work together in order to provide...
1 Likes
join